Chat with us, powered by LiveChat

Social media apps have become an integral part of our daily lives. Everyone, from individuals to businesses, has a reason for remaining active on social media networks. These applications are not only great for personal networking, but they’re also great for business. As a result, we can claim that social media is everywhere, with an unfathomable, unavoidable, and astounding scope.

In this blog, We’ll go through some common characteristics that social media apps should have in order to give the best possible user experience.

Why Are Social Media Apps Getting Banned in India May 2021?

Social media apps Like Twitter, Facebook, and Instagram are getting banned in May 2021 because recently India released new guidelines for social media platforms to follow in February 2021 and was given compliance of 3 months. So, now the deadline will end and none of the social media platforms have complied with the new policies yet. As a result, big enterprises in India may face a ban on social media apps. On the other hand, Koo which is the Indian version of Twitter has accepted the guidelines which are released by the center.

Facebook is based in the United States. It is in serious difficulty since it has not complied with the new standards (Policy).

According to the report, if they do not cooperate, the intermediary’s protection and the position may be at risk because the Indian government can also take criminal action.

One of the most popular social media platforms is Twitter among many politicians, athletes, celebrities, and other members of the community. Along with Facebook and Instagram, Twitter has been urged for new policy compliance, although the company has yet to show the new standards. If Twitter is banned in India, it will mark a significant shift in the way people share news on social media.

Features Include in Social Media App That Does Not Fail

Before deciding on features, you must first select the type of social media app that suits your business. Below, we’ve stated several basic yet effective features that may be included in social media apps to help the app succeed. 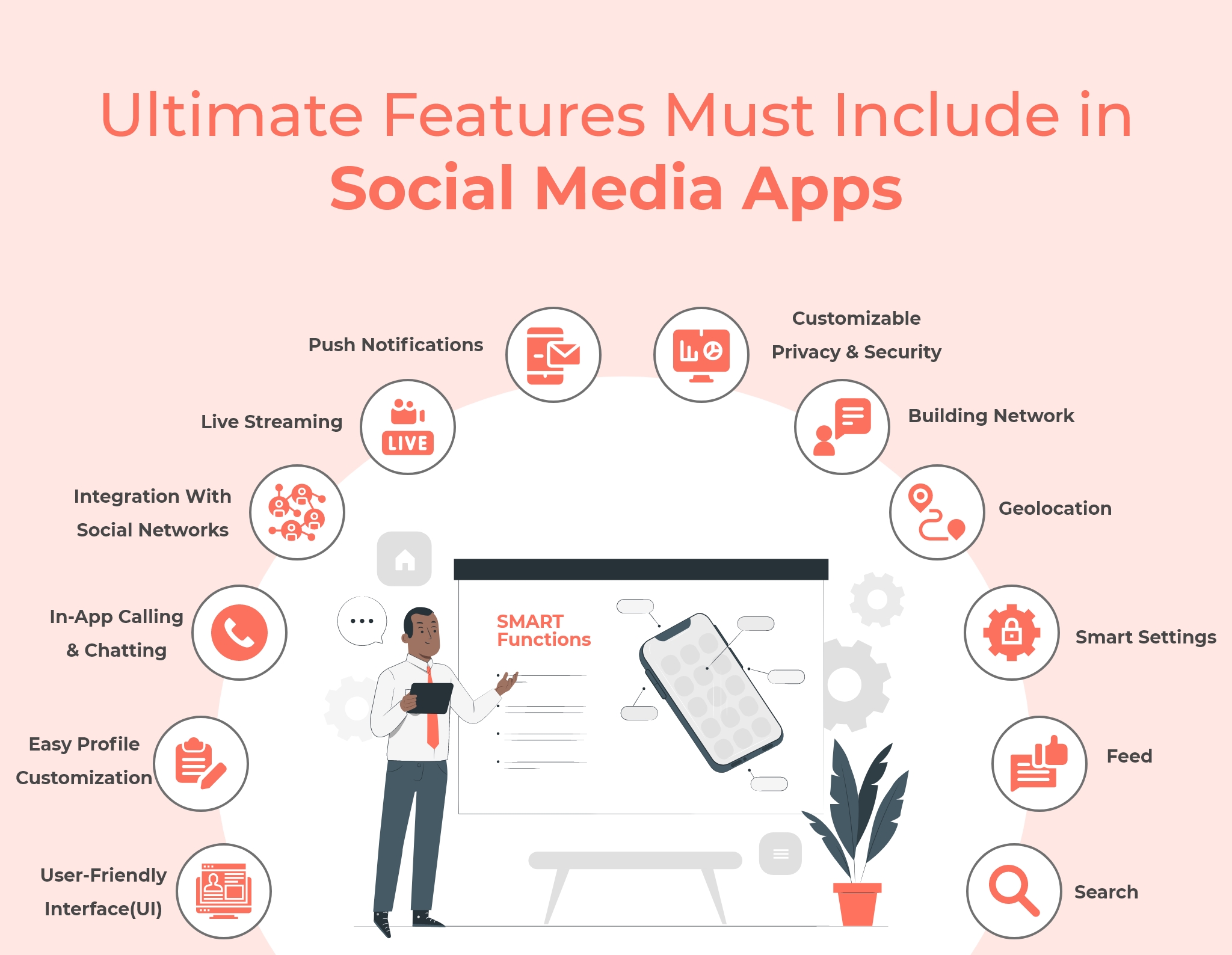 To develop a social media app, the user interface(UI) of your app should be one of the first things to think about. To put it another way, you should keep in mind how users engage with software. The content and media layout, input controls, navigation, and more are all part of an app’s UI.

After creating an account in the Social media app, the user should be able to begin registering his or her profile. The name, gender, profile image, bio, and contact information of the user can all be changed.

Users will always want to have a private discussion with their favorite people, no matter how much they appreciate public dialogue in comments. Allowing them to message or call each other, your social media apps will help them build their bonds. You might also allow them to form a group where people should be able to communicate with each other all at once.

Users can share their stories on other social media apps for a 24-hour period of time. Users who submit a status update can see the names of those who are watching their story.

Since the beginning, live video streaming has taken the social media world. Users can use your app to broadcast live videos to their friends and family to commemorate a special occasion, share ideas, and many more. As a result, they’ll make happy memories and spend valuable time with their virtual family.

Push alerts that provide real-time information updates can improve the appeal of your social media apps. This feature also notifies users if someone interacts with their profile. As a result, providing push notifications will encourage your customers to access your social media app and provide them with small joys on a regular basis.

The success of your social media app depends on providing advanced levels of security & privacy to user’s data. It will ensure that users can safely examine your application and that their personal information is secure. In this manner, You will be able to acquire their trust and build a constant relationship with the users.

If social media apps can’t assist users to develop a network, it’s useless. The core premise of social media is to connect and interact with new people. As a result, allowing users to easily construct a social network by adding or following others will encourage them to stay active on your app.

This functionality will allow users to share their current location with family and friends. This can be done using a location API that gets the location of a device from GPS and mobile network providers.

One of the most important features that can be put into social media apps is the search option. This feature allows users to search for anything specific within a range of parameters.

The process for creating social media apps should be straightforward. The following are the development steps that must be considered:

Social media apps are photo-sharing apps, in-app chatting, and also shopping platforms. These apps are also used for brand and influencer marketing efforts. Before you begin developing the foundations of your social media app, such as Instagram, Facebook, you must first list all of the goals you have in mind for the app. You must be certain about who you want to reach and what you want to accomplish with social media networks.

After you’ve set your goals and figured out what your users want, You should make a list of the features that your social media app must have. And then make sure you plan the estimated budget, and development capabilities to guarantee that all of the features must be there which is required in the early stages.

After you’ve specified its essential features and functionality, the next step is to start designing and building your social media app. You should begin by creating a wireframe for your app. This will assist your entire team in seeing how the program operates and how the various pages are connected.

Once you are done with the development process, it’s time to get your users onboard and start establishing your community(Networks).

Consider your basic marketing requirements, what kind of strategy will you use to attract people to download your app, and how will you ensure that they have the best experience possible while using social media apps?

There are numerous analytics tools available to assist you in determining the success of your social media apps. You may look at how much time people spend on your app or how many times they use it every week or month. Keeping track of interaction might assist you in making future changes.

A social media app could be the most important investment you make in the future of your company. All of the following elements are present in a habit-forming or compelling app since they keep users engaged for a long time. They may also assist you in generating great revenue and gaining market recognition. So, if you want to make a social networking app with a lot of functionality, go for the Best App Development company for the iOS/Android Platform.

I like to learn about technological advancements and perform Case Studies on the Subjects. I am very keen on Learning New technologies. Always excited to expand my horizons, I Keep my Interest in studying marketing and writing content as well.

Be social with us

Everything You Need To Know About Pizza Delivery App Development

Learn About How On Demand Car Repair App Helps Businesses To Build Its Revenue. 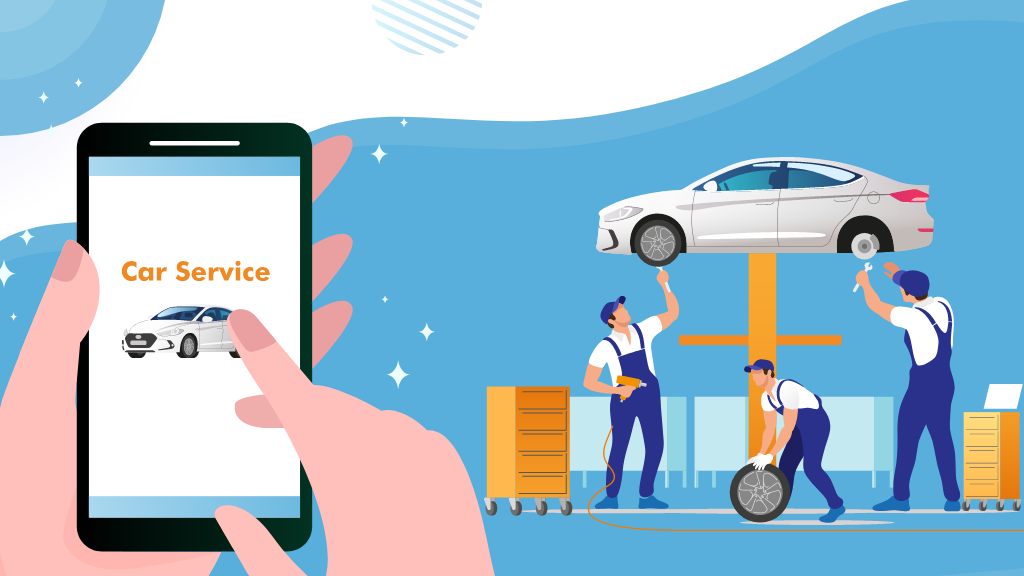 Signup For Our Newsletter

Signup To Our Newsletter